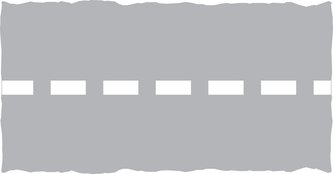 Stop line for pedestrians at a level crossing 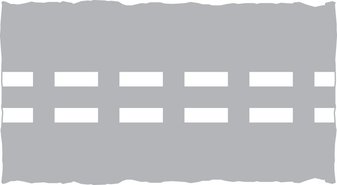 Give way to traffic from the right at a roundabout 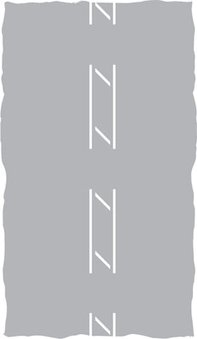 Areas of white diagonal stripes
Along the edge of the carriageway
Waiting restrictions indicated by yellow lines apply to the carriageway, pavement and verge. You may stop to load or unload (unless there are also loading restrictions as described below) or while passengers board or alight. Double yellow lines mean no waiting at any time, unless there are signs that specifically indicate seasonal restrictions. The times at which the restrictions apply for other road markings are shown on nearby plates or on entry signs to controlled parking zones. If no days are shown on the signs, the restrictions are in force every day including Sundays and Bank Holidays. White bay markings and upright signs (see below) indicate where parking is allowed.

No waiting at any time

No stopping at any time 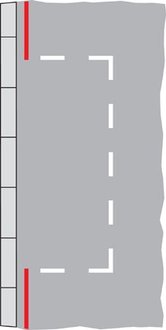 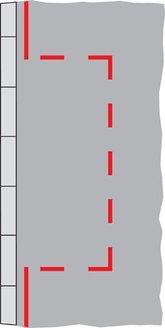 Yellow marks on the kerb or at the edge of the carriageway indicate that loading or unloading is prohibited at the times shown on the nearby black and white plates. You may stop while passengers board or alight. If no days are indicated on the signs the restrictions are in force every day including Sundays and Bank Holidays.
ALWAYS CHECK THE TIMES SHOWN ON THE PLATES.
Lengths of road reserved for vehicles loading and unloading are indicated by a white ‘bay’ marking with the words ‘Loading Only’ and a sign with the white on blue ‘trolley’ symbol. This sign also shows whether loading and unloading is restricted to goods vehicles and the times at which the bay can be used. If no times or days are shown it may be used at any time. Vehicles may not park here if they are not loading or unloading. 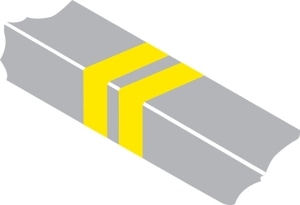 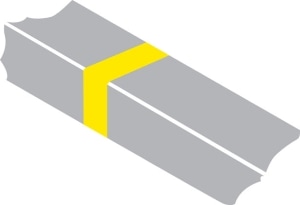 Keep entrance clear of stationary vehicles, even if picking up or setting down children.

Warning of ‘Give Way’ just ahead 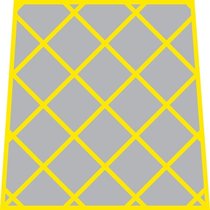 Do not block that part of the carriageway indicated 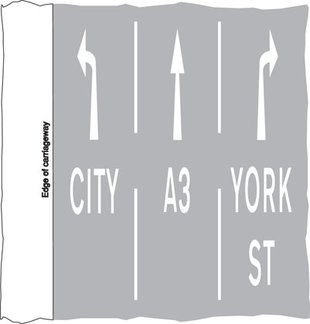