211
It is often difficult to see motorcyclists and cyclists, especially when they are coming up from behind, coming out of junctions, at roundabouts, overtaking you or filtering through traffic. Always look out for them before you emerge from a junction; they could be approaching faster than you think. When turning right across a line of slow-moving or stationary traffic, look out for cyclists or motorcyclists on the inside of the traffic you are crossing. Be especially careful when turning, and when changing direction or lane. Be sure to check mirrors and blind spots carefully. 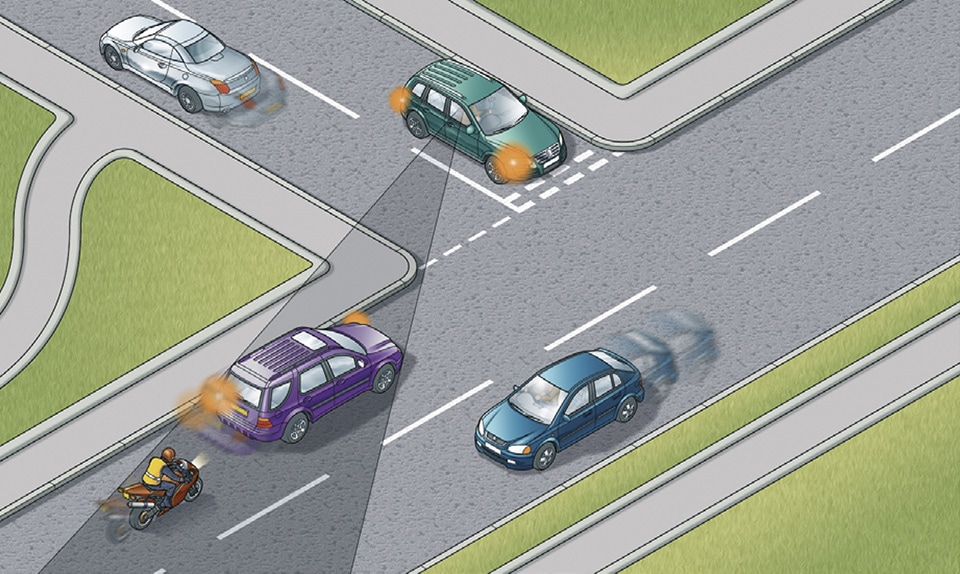 213
Motorcyclists and cyclists may suddenly need to avoid uneven road surfaces and obstacles such as drain covers or oily, wet or icy patches on the road. Give them plenty of room and pay particular attention to any sudden change of direction they may have to make.