117
In normal circumstances. The safest way to brake is to do so early and lightly. Brake more firmly as you begin to stop. Ease the pressure off just before the vehicle comes to rest to avoid a jerky stop.
118
In an emergency. Brake immediately. Try to avoid braking so harshly that you lock your wheels. Locked wheels can lead to loss of control.
119
Skids. Skidding is usually caused by the driver braking, accelerating or steering too harshly or driving too fast for the road conditions. If skidding occurs, remove the cause by releasing the brake pedal fully or easing off the accelerator. Turn the steering wheel in the direction of the skid. For example, if the rear of the vehicle skids to the right, steer immediately to the right to recover.

Rule 119: Rear of the car skids to the right. Driver steers to the right
120
ABS. If your vehicle is fitted with anti-lock brakes, you should follow the advice given in the vehicle handbook. However, in the case of an emergency, apply the footbrake firmly; do not release the pressure until the vehicle has slowed to the desired speed. The ABS should ensure that steering control will be retained, but do not assume that a vehicle with ABS will stop in a shorter distance.
121
Brakes affected by water. If you have driven through deep water your brakes may be less effective. Test them at the first safe opportunity by pushing gently on the brake pedal to make sure that they work. If they are not fully effective, gently apply light pressure while driving slowly. This will help to dry them out.
122
Coasting. This term describes a vehicle travelling in neutral or with the clutch pressed down. It can reduce driver control because

The Driver and the Environment

124
You MUST NOT exceed the maximum speed limits for the road and for your vehicle (see the speed limits table). A speed limit of 30 mph (48 km/h) generally applies to all roads with street lights (excluding motorways) unless signs show otherwise. 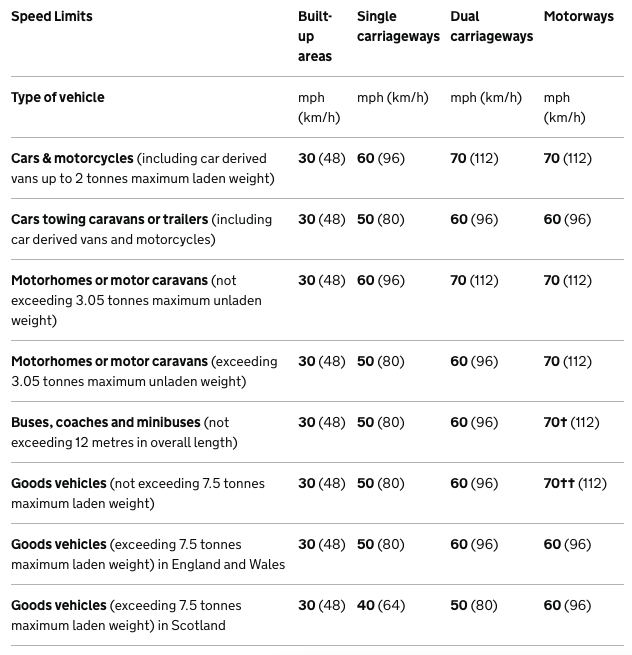 ​Locally set speed limits may apply, for example Speed limits are enforced by the police. 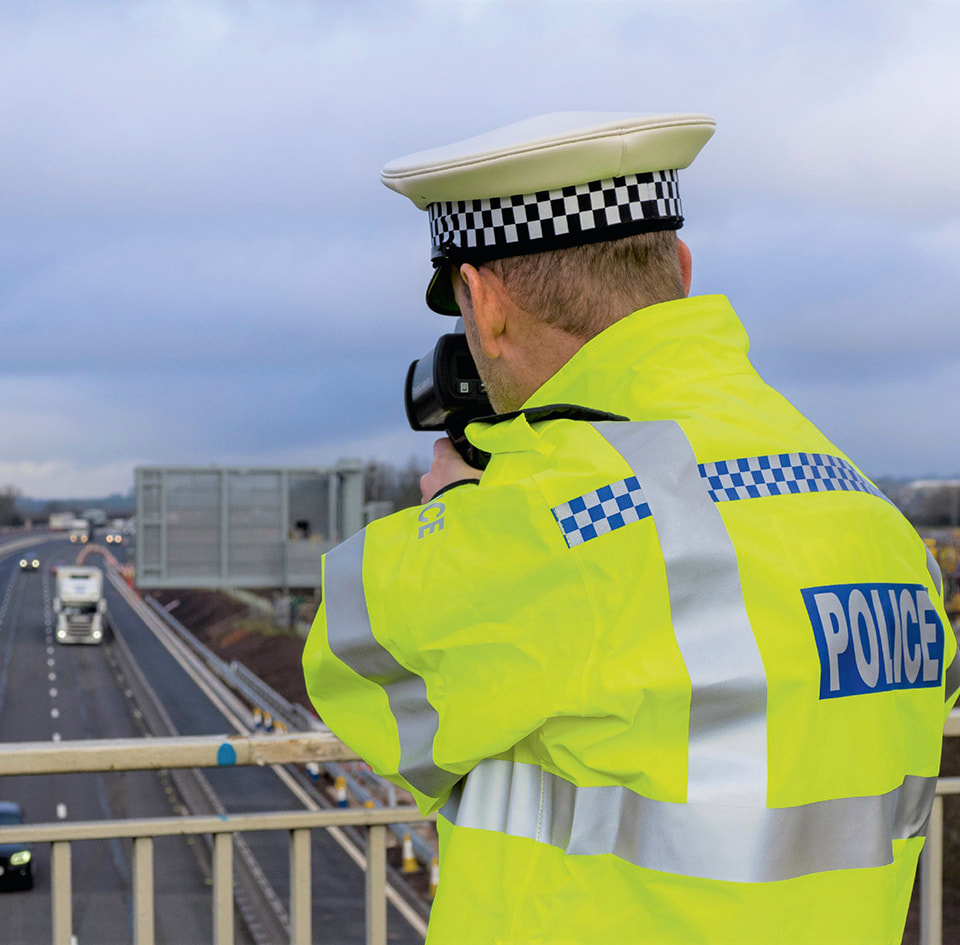 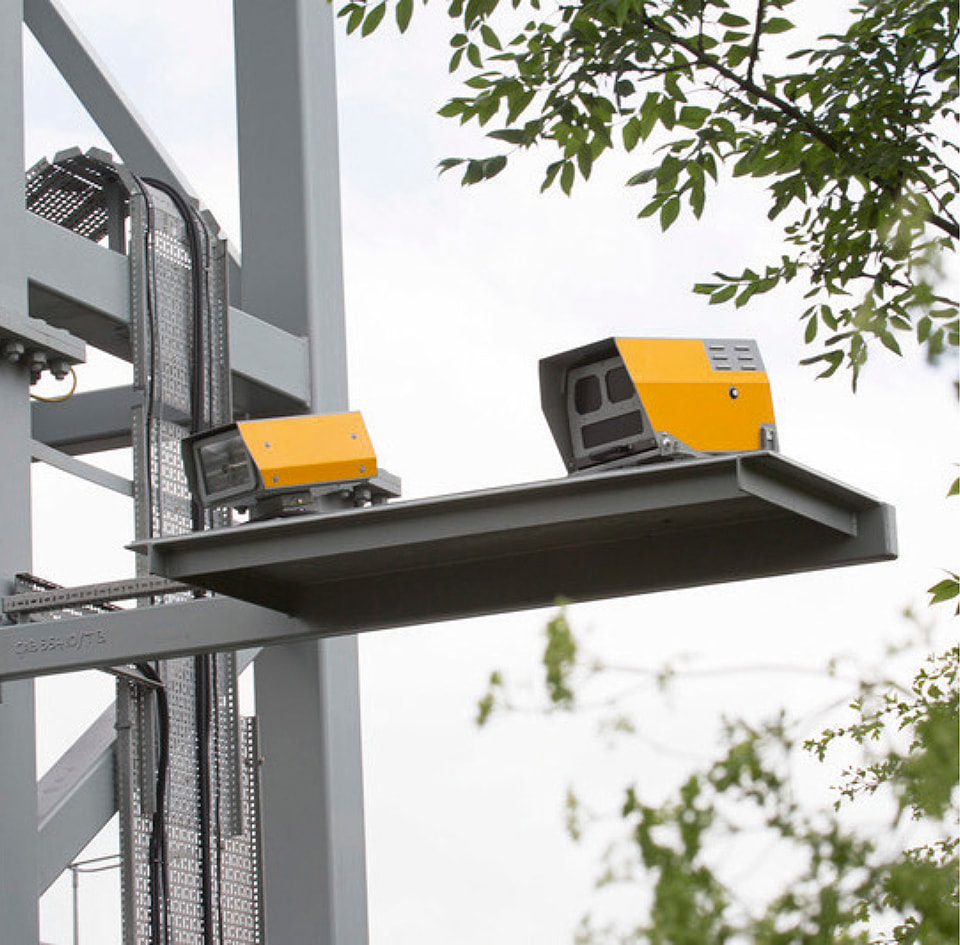 Rule 124: Examples of speed enforcement
125
The speed limit is the absolute maximum and does not mean it is safe to drive at that speed irrespective of conditions. Unsafe speed increases the chances of causing a collision (or being unable to avoid one), as well as its severity. Inappropriate speeds are also intimidating, deterring people from walking, cycling or riding horses. Driving at speeds too fast for the road and traffic conditions is dangerous. You should always reduce your speed when
126

Typical Stopping Distances
Stopping Distances. Drive at a speed that will allow you to stop well within the distance you can see to be clear. You shouldIf you have to stop in a tunnel, leave at least a 5-metre gap between you and the vehicle in front. 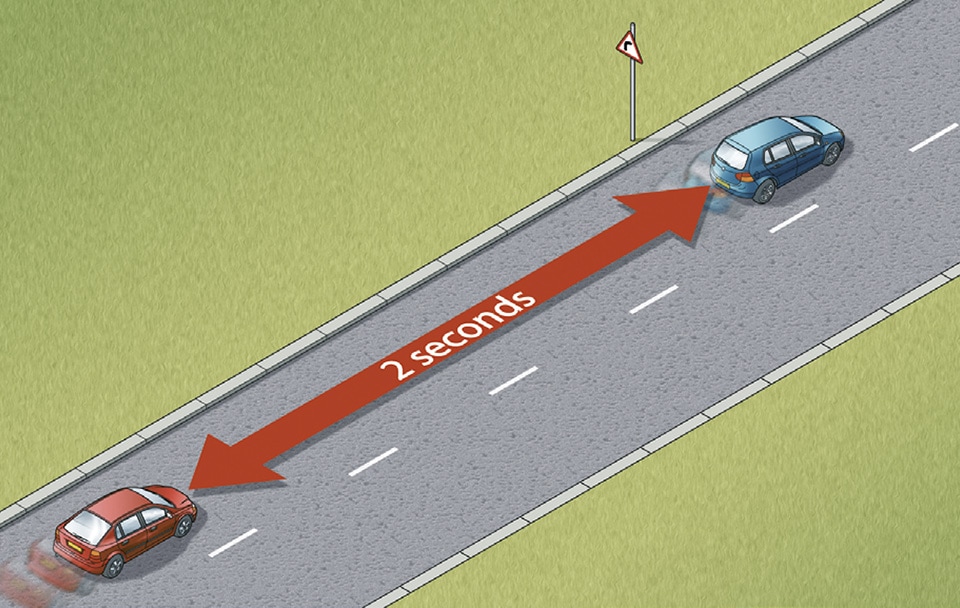 Rule 126: Use a fixed point to help measure a two-second gap
Tailgating is where the gap between you and the vehicle in front is too small for you to be able to stop safely if the vehicle in front suddenly brakes.
Tailgating is dangerous, intimidating and can cause collisions, especially when driving at speed. Keeping a safe distance from the vehicle in front gives you time to react and stop if necessary. Dangerous and careless driving offences, such as tailgating, are enforced by the police.
See all  - Highway Code - Contents >>